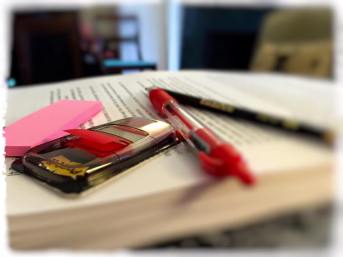 Last year right about this time, I had just put the finishing touches on a romantic thriller. It’s a dark and intense story and I love it. I decided to be brave and entered into Pitch Wars, a Twitter event geared to connect writers to mentors, and eventually put a more polished piece in front of agents (OK, that’s an extremely condensed version of the cool thing that is Pitch Wars, but you get the idea.)

While I did not get selected as a mentee, I did have an absolute blast participating in the submission rounds. I also connected with quite a few other writers and got some amazing critique along the way. A couple of the mentors were kind enough to offer some critique, even though I wasn’t selected. Many, many, many thanks for that!

I tweaked the story and decided to do a limited round of queries. I got a little interest – a few requests for partials or fulls, but mostly a lot of silence.

I debated going the small, indie press route, or self publishing, but I’ve been down those roads. While I won’t say “never again”, that’s not my goal.

Nope… my goal is an agent, followed by a traditional publishing house.

The definition of insanity is to keep doing the same thing over and over, but expecting different results.

Clearly, I needed to change something. But I wasn’t sure what. I tabled the project for a bit, but the story wouldn’t let me go. I came back and tackled some of the uglies that I found… Then I got smart and asked for help.

I was lucky enough to find two amazing women who agreed to be critique partners. Both offered me some useful insight into the good, the bad, and the ugly.

I can honestly say it’s better now than it was last year… Is it perfect? Nope. In fact, I’m going to be spending the remaining time leading up to this year’s Pitch Wars going through the entire thing to refine and polish, proofread and tweak.

While I hope to be selected as a mentee this year, I know that I will gain valuable insight, make amazing friends, and great connections no matter what. I know it will be fun, challenging, and enlightening; that I will grow as a writer. And I know that when it’s all over, I will sigh and miss the flurry of activity and the camaraderie… and I will be looking forward to next year’s Pitch Wars.